With the world’s major dance companies constantly hunting for funding as they oscillate between varying levels of poverty, it seems like there wouldn’t be much hope for newcomers to get the capital boost they need to share their projects with the world. Dancers and choreographers are forced to be more creative than ever to find financial backers in a society where everyone feels entitled to a diverse arts scene, but no one feels the need to pay for it.

Valleto is one of these new companies that, for the last 10 months, has been completely invested in a project aimed at translating diversity, tragedy and acceptance into movement for the stage. Originally decided to carry the cost-burden of this production on her own, for her passion of sharing a message of truth with the largest possible audience, Valleto’s founder Valeria Gonzalez has now turned to Kickstarter for financial support from a broader community.

“It felt more real when I reserved the theatre in January,” says Valeria of her project, which is becoming more real every day Valleto draws nearer to its scheduled debut. Inner Dialogues is a movement exploration inspired by the unconscious mind, emotions, objectivity, and the affective ties between these that manifest as bodily reactions. It is set for its world premiere May 28 at the Kraine Theater in New York City.

Valeria is a contemporary dancer from Juarez, Mexico, who landed in New York after being accepted to train at the prestigious Ailey School of the Alvin Ailey Dance Theater. She didn’t study there long though as she soon became injured, seriously damaging her back. Everything about her time at Ailey though seemed a bit off. “When I was at Ailey I had a breakdown, because I realized I wasn’t dancing anymore, I was competing, and then I got injured. For me it was the worst news ever,” she looks down, remembering countless visits to doctors and being told that she would never dance again.

Her injury thankfully turned out to be a blessing in disguise. Leaving dance to enroll in communication arts at the New York Institute of Technology, Valeria found herself. “University changed my mind. I got out of the dance world and I got to see myself from the outside.”

Valeria had always been dancing, training at Ballet Divertimento in Montreal before moving to New York, where she recounts, “I was very worried about myself, about looking perfect and being perfect,” a problem so many dancers face. With her injury and having no choice but to leave the high-pressure dance world behind, Valeria is ever grateful. “I realized the beauty of actually embracing your own art, and what I realized is that I just want to share that with other artists.”

Valleto is just the beginning of a grander project based on this realization. “Being from another country and travelling to Canada and to New York, I realize how the divisions are between dancers,” Valeria notes on how culture can affect one’s ability to have a successful dance career. “I feel that’s a huge block for creating and that’s why I wanted to do a diverse company. People from different cultures have a lot to show and we’re all the same, we’re dancing for the same reason, ‘cause we love it.” She gets this last bit out slowly, suddenly lost in the feeling and expressing with her arms to help her string the words together. 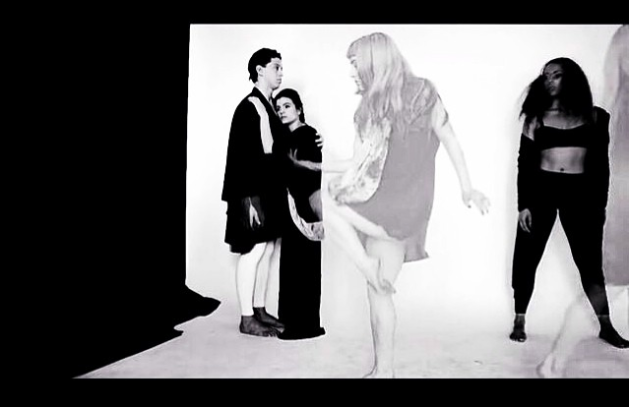 Valleto is made up of dancers from all corners of the world, including Israel, Ecuador, Spain, Mexico, France and the USA. Their differences in background and in training are ground for each dancer to evolve on, as Valeria says she wants to encourage dancers to “remove those limits that they build unconsciously in their dance education”, limits based on the ideals of their culture and class. “In dance, [those limits] reflect a lot more in your body.”

“That’s what I want to change in Mexico,” Valeria confesses, commenting on the poor support dancers in her home country receive, especially male dancers. Over the summer, Valeria co-conducted a workshop in ballet, Horton technique and improvisation for aspiring dancers in Juarez, laying the foundation for her dream of creating a more productive environment for dancers and artists in Mexico. “The reason why I’m doing all of this is because Mexico needs this, and I feel that as a mexican it’s my responsibility to make a difference.”

None of Valleto’s dancers are in it to commoditize dance. When asked if she believes dancers can hope to live from their art, Valeria replies, “like, money? Money-wise?”, as if the thought had never crossed her mind. For her, dance is all passion. “It feels like I am… totally present. I just feel free and unstoppable,” and if Valeria could give any words of wisdom to those beginning to fall in love with dance, she wants them to “remember that the art is for others, and not for them.”

When Valeria talks about Valleto she shows her full personality. She says the name was inspired by the italian word “balletto”, referring to a renaissance-era dramatic style of choreography, “you know, ‘cause I’m dramatic,” she kids. The reality of putting a company together is no joke for her though. Now nearly a week into their Kickstarter campaign, Valleto is putting all their effort into attracting backers. “The studios are so expensive, like you can’t imagine,” and though Valeria is more than willing to put everything she has on the line for Valleto, her project of debuting a dance company can use all the support it can get.

As for Valeria, she wants to thank a dance teacher who supported her when she needed it most. Hector Fernandez in Guadalajara, “he told me Val, you’re gonna be fine” when she was injured and worried about her doctors’ depressing diagnoses. He was right, and now Valeria is happier and healthier dancing than she ever was.
“Some dancers don’t give because they think they’re not enough,” she says, remembering when she was caught up in the competitiveness of the dance world. “But there’s somebody in the world who wants what they can give.” This is part of the message Valleto wants to share. When you open yourself to the world, you are giving others the opportunity to be inspired and strive for their dreams, too. 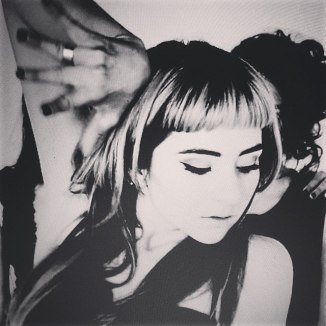